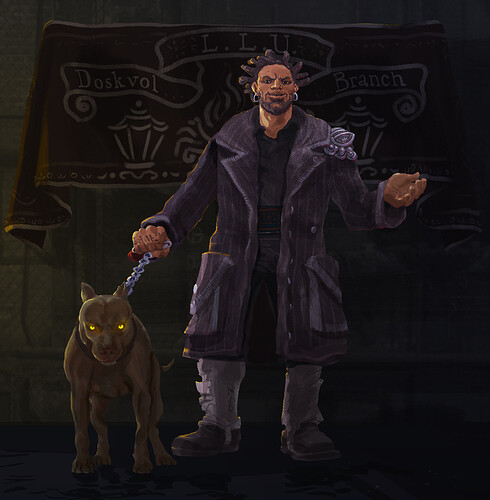 Getting ready to begin my first BitD campaign and characteristically impatient for it to start. I assumed I’d be using the War in Crow’s Foot starting situation, so had a play with my version of Bazso Baz, but from our pre-session-zero meetup it looks like the players will be going in a completely different direction! Hope to bring Baz in at some point though. I’m already kind of invested in his alchemically mutated guard dog ‘Sunny’

Proper Session Zero next week, so I’ll likely start visualising the PCs and other NPCs as the campaign gets going.