My team and I are currently in active development for Children of Midnight, a gender inclusive Forged in the Dark table-top RPG inspired by Old World of Darkness storytelling games and a whole lot of witchy media (A Discovery of Witches, Salem, Motherland, Buffy and Sabrina to name just a few).

Players take the roles of Wyld Witches and their Familiars who form a Coven for mutual support in a dark and harsh alternate history modern world. The fae-folk, a witch-controlled military, mythic creatures, demon hunters and other cults and covens can be allies or adversaries depending on your coven’s beliefs.

Alpha playtest Grimoires (Playbooks) will include: 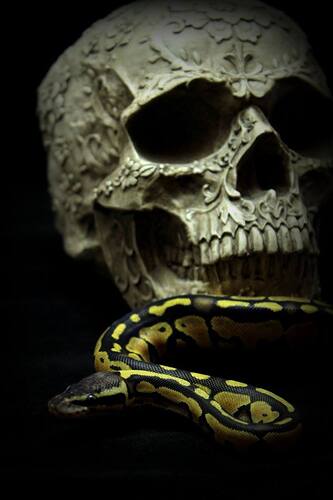 Until 1692, as far as learned mortals knew, there were no real witches. The real witches were cunning enough to remain hidden for those thousands of years privately practicing magic in the same ways their parents and grandparents did.

In 1692, a trio of witches living near Salem had finally had enough of the false accusations mortals heaped upon one another. These witches finally made their presence known to spare those falsely accused.

The world changed quickly in the few short years that followed as thousands of witches, many with enough power to conquer and rule the planet, stepped from the shadows and greeted the communities they spent centuries hiding from; and most were embraced by mortals in return. This era was not without it’s problems, but it was a peaceful overall.

Eventually that generation of witches, content with the world they created, passed on. Their children tried to follow in their parents footsteps, but faltered more often; the next generation strayed even further from their grandparents’ vision.

250 years after those Salem witches stood up for humankind the world was a very different place than they left it; recovering from the second Witch War. A group of neutral witches took power after all sides were decimated and instituted a registration for witches at age 16; all powers would be documented. They promised that under their leadership things would not get out of control again.

It has been 75 years and things have not improved for the average mortal or witch. The registration is enforced with an iron fist and mortal distrust of witches is higher than it has been in centuries.

You have avoided the registration and would be branded a Wyld Witch if caught, but you have a small Coven that watches your back and with your unrestricted powers you and your Coven can make allies, gain power and maybe even fix some of the problems you inherited.

I’ll be posting more info in the coming days. Let me know if this sounds interesting to you! More info at: balsamicmoongames.itch.io/children-of-midnight

We realized that the Eclectic Witch probably wouldn’t be the best fit for the Alpha playtest and swapped that Grimoire for:

We also decided that Heritage is too fundamental to the system to save for post-alpha. The default is Mortal Heritage, but immortal bloodlines that were once hidden have begun to appear more frequently since witches made their existence known.

Additional Heritage options will include:

Asterian - Horns and tufts of fur, especially around the neck.

Gorgon - Thick strands of hair, sometimes with a mind of its own, a withering gaze, forked tongue, other snake-like traits.

Hydra - Reptilian or even bird-like traits, quite varied.

Mandrake - Any number of plant or fungi-like traits, the most varied heritage.

Playtest will be May 15th, please give us a follow on itch.io (or download the grimoire and coven sheets free) to get updates when we add the next batch of files and artwork: http://balsamicmoongames.itch.io/children-of-midnight