Hosting a murder mystery dinner for our first anniversary here on Halloween but BitD style. Invitations have been created and now I am creating some of the festivities for the evening.

||Spoilers! Lord Scurlock is the one who will be murdered||

What are some games you have used at your table or created in the lore? Would love to use some of them for the evening. Looking for perhaps a dice game, cards, even some that require props. 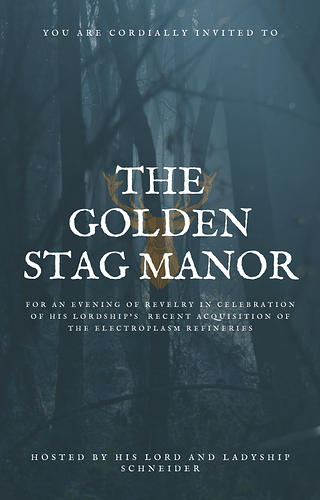 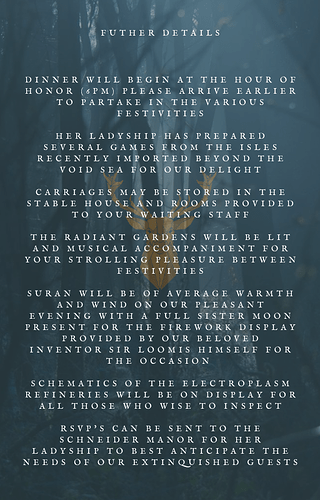 Of course, I haven’t made explicit rules for these games, but they’ve been featured at bars, casinos, and the like- mostly functioning as backdrops for the conversation:

That’s all I’ve got! Hope that helps!

That’s amazing! I love the colour on the invitation (literally and figuratively), but also thanks to @Sully5443 for the games - for those of us with characters who have a gambling vice, this would be great to add some depth and interest to what they are gambling on. Thanks so much for posting this.