Forged in the Hearth: A Holiday Thread FitD

Hi friends. I’m here to highlight a selection of Forged in the Dark games NOT being published by Evil Hat. You may have heard of some of them, perhaps you are even fans, but over the next week I’m sure at least one of the following games will surprise you with it’s clever design or ingenuity.

You can find all the games right here, under one roof, packaged with care, and over the next week I’ll be giving a little write up for each one.

Feel free to pose questions and I’ll do my best to get you answers for each.

First up is Copperhead County By Jason Eley

Copperhead County is a game of crime and corruption steeped in a Southern Noir.

Personally I feel the likes of Breaking Bad is a logical leap for Blades in the dark and you can really see it in the slick play sheets and the excellent artwork by Dylan Choonachat.

Of course as a designer I’m interested in how CC innovates over the blades formula. Personally I was instantly drawn to the Personal Trouble clock which manages to take Burnout (this games version of Trauma) and turn it directly into pressing narrative complications 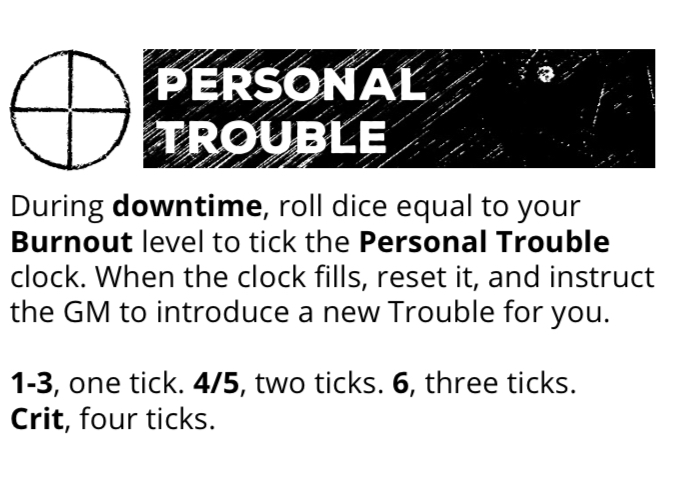 But Copperheads real strength is it’s sense of style. You can really feel it in the unofficial Soundtrack for the game, found on the itchio page and linked right here.

Oh, hello there. Welcome, have a seat, and if you don’t mind I’d like to tell you a story, a story Forged in the Hearth, a story of bravery and daring do.

For today’s, you see, is none other than Erant Deeds: Tales of the Blackwood, by Eli Kurtz.

Errant Deeds is a game of historical fantasy. Of dashing heroes and bandit kings. Sheriff’s with coal in their hearts and the daring hero who would set things right. Of mystical pacts with trickster fairies the likes of which are used to scare children.

You might have already guessed that Errant Deeds has a particular style of play in mind, and Eli does an excellent job of conveying that style and atmosphere in every element of the game. As a designer, his strength is storytelling, and that shows.

Mechanically Erant Deeds is, in some ways, a stripped down version of Blades, but all the moving parts are there, rearranged and refined, trimmed and reinforced to allow for a players creativity to flow freely forth. 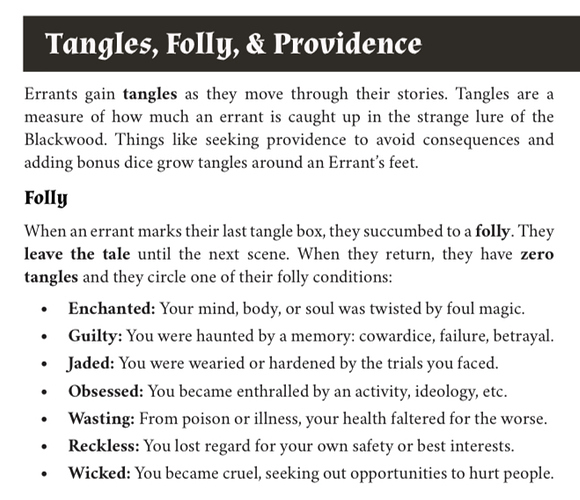 I’m also fairly fond of each of the playbooks. The Sage, in particular is just my style (and that, in part, is thanks to the lovely art of Al Lukehart) 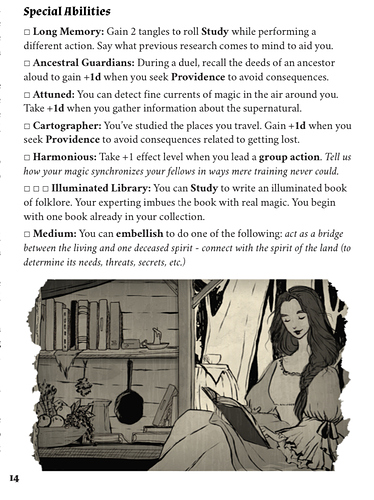 There’s a lot more I could say about this game but I think Eli would do a better job than myself. Check out the bundle or head over to mythicgazetteer.itch.io/errant-deeds and follow along as the story deepens!