I’ve got a FitD game I’ve been working on for a while, and I am getting back into designing after a year long hiatus. It’s called Girl by Moonlight, and it is about tragic magical girls.
The playtest document can be found here: link

I designed the game mostly live on twitch, and so there is a series of videos of my process that you can check out, along with some actual play, on my youtube channel: link

I’m currently revising my rules and reworking at least one of the playsets, so the details might be changing a fair bit over the next few weeks, but it’s in a fairly playable state, last I checked. I’ll try to post changelogs and updates here whenever I make significant edits.

I’d love to hear about folks’ playtest experiences. Things I am most keen to know at the moment are:

I love all of that. You’ve actually wrote a Forged in the Dark magical girl game in which you can pilot mecha. This is great. Few questions:

Also, I just really like the Homura playbook and the idea of magical transformation as limited resource. Nicely dome

My body is ready. 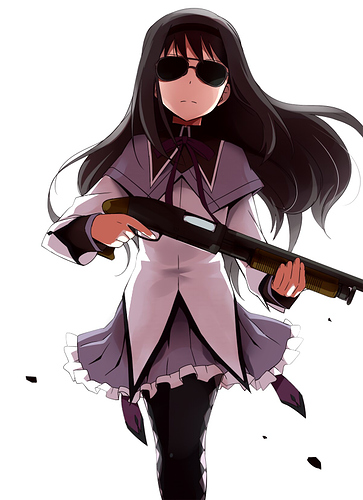 I am really excited to see this again. I enjoyed your actual play videos a year or so ago. I look forward to seeing how it continues to develop.

Hi! Great to hear that you’re getting into it again. Very much looking forward to seeing where this all goes.

I have another question - why there are both “Confess” and “Forgive” actions when “Express”, “Empathise” and “Conceal” cover way more normal social interactions? I mean, maybe my maou shoujo instincts are rusty, but it looks like specializing in forgive\confess might leave the character a little too narrow in it’s ability to address opposition, at least in comparison with the other actions.

My literal favourite anecdote from playing GbM was shooting a rainbow arrow of forgiveness at the Big Bad monster of darkness (i believe it was a dark manifestation of someone’s adoptive mother?) to return them to the light… The game encourages you to think about emotions creatively in response to conflict.

Yup, rusty maou shoujo instincts on my part it is

Which series did you run?

We ran Starlit Kingdom, the most SailorMoon/StevenUniverse series. In fact, I believe the VODs are still available at https://www.twitch.tv/seagnome/videos , as are some VODs of Sea of Stars.

In the first Arc I played a Guardian who was a flying talking puppy. Then I played a fusion who was a descendent of the god of love? Man I love this game. Moar plz.

Since the game isn’t meant to be only anime style, I wonder if it makes sense to change out the Moe, Tsundere, Kuudere names for the attributes and use Despair, Fear, and Panic instead?

I was thinking about this the other night, actually.
My thought was Sun, Moon, Stars.
I would change the order to make it work, cuz like, Moe best tracks to moon, I think, and then Tsundere could be sun, and kuudere could be stars…

Oh that is PERFECT

There is now a playtest manual: link

Biggest change is the move from a playtest document to the first draft of the manual. There’s more game text overall, some deeper rules and themes explanations. More to follow here, as this is the next stage of the project for me to finish.
New playsheets with layout courtesy of John Harper. The character playbooks are done. Series playsets are still mock-ups by yours truly, going to work on solving a bunch of layout problems in the coming weeks.
‘In a Maze of Dreams’ got a complete re-work of the conspiracy map and mission structure. Other playsets got some language tweaks. All playsets have a companion sheet to the main series sheet, and a sheet for the director.
Oh yeah, what was formerly the ‘MC’ is now the director, and the other players are the protagonists. I think this framing better expresses everyone’s jobs, and is a fun tie in to language around series, episodes, etc.
Pre-gens are still at large, I will hunt them down one day.

How is the project going? I just grabbed the latest version, but I have not had a chance to read it yet.

Things are rumbling along!
I was deep down a rabbit hole of preparing for my announcement this week. I’ll be publishing the game with Evil Hat, and I’ve moved into a more formal BETA playtest. (playtest link here)

I’ve got some new playsheets for two of the series’ and I’m mostly focused on finishing off the manual and getting things ready for layout.
So with all of that said, if you have not gone through the playtest link in this post, you might not have the absolute most recent stuff for the game. I recommend hopping onto the latest release as it contains substantial updates from the previous version. 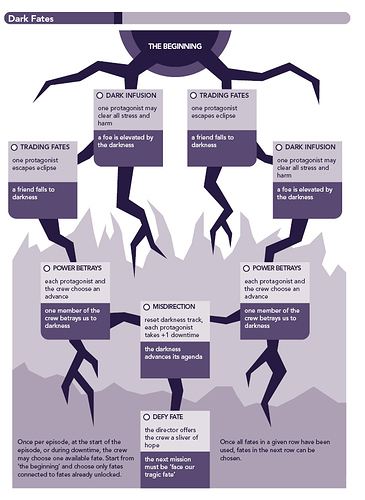 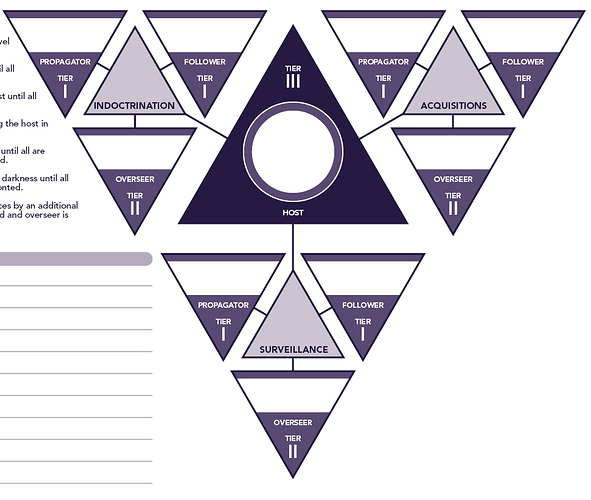 Any release date in sight? I’m very excited to GM this!

Is this still being worked on? I stumbled across this recently.