A good friend of mine, who is also an illustrator, has recently drawn & colored the 3 PCs of our BitD campaign started 3 years ago.

I thought I’ll share those illustrations there, as inspiration.
The artist name is Elliot Jolivet, aka Tensei: https://www.instagram.com/tensei_draw/ 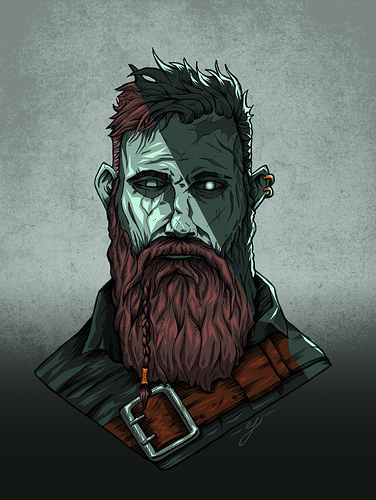 This is Ludius Dalmore, the boss of my PC crew, who got very seriously injured in the first session of our campaign.

Fast forward a few sessions, when the PCs have contacted an occultist to try to revive their half-dead boss: in the middle of the ritual, some of the crew arch-enemies wade in, spreading chaos. In the end, one of the PC soul ended up in Ludius body, and is now inhabiting it! 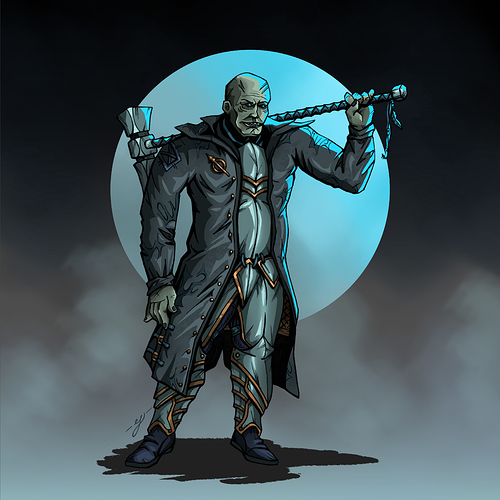 This is Eric Stamp, an impulsive and violent thug PC, who is collecting the heads of his dead enemies. He is also trying to improve his disguise skills, but so far carrying a huge hammer did not help much… 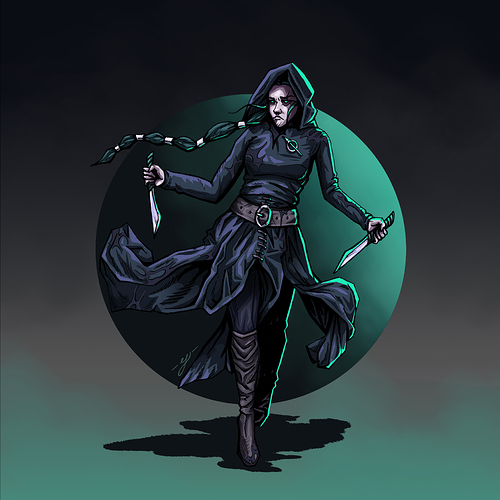 Elaria is a revengeful shadow assassin, who was the gang late boss protégé and who now defends his legacy and the gang reputation with an iron fist.

By the way, I took note of the whole campaign there: https://chezsoi.org/lucas/blog/pages/jdr-blades-in-the-dark.html
You’ll find a couple of links to Pinterest boards collecting inspirational pictures of Blades in the Dark characters & places.

I take a lot of inspiration for my tabletop RPG sessions from pictures.
I’d be curious to know what illustrations you may have collected & used in your BitD sessions!

Cool looking dudes! Same here regarding inspiration from pinterest. People, places, equipment, moods, etc. All easy to find and great for story inspiration and how to explain it to your players.