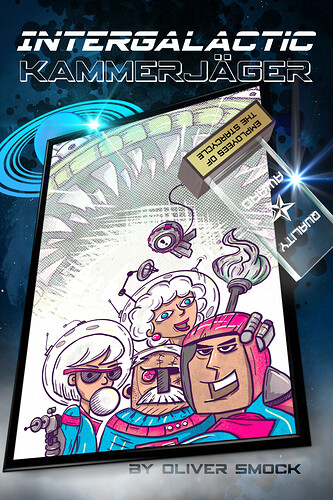 after the successful launch of Minutes to Midnight earlier in the year I am once again teaming up with Stefan Struck (A Fistful of Darkness) to produce a new roleplaying game:

Intergalactic Kammerjäger is a game about a crew of space
exterminators, employed by an intergalactic megacorporation to
protect their ungrateful customers from terrifying pests in the vastness
of space.

We play to find out if our exterminators can keep their head on
straight and their limbs attached to all the right places while
faced with compound-eyed and clawed space horrors, abusive
management and meagre pay.

Intergalactic Kammerjäger is a game grounded in absurdist comedy, inspired by the works of Douglas Adams and Terry Pratchett, other books like Astro-Nuts and Space Opera, movies like Ghostbusters, Men in Black and Space Balls, tv series like Futurama or Final Space, and games like Deep Rock Galactic and Space Quest.

Mechanically it is based on a modified and simplified version of the FitD system, with a strong focus on teamwork synergies, friendships and corporate bullshit.
The game is in a playable state and has been thoroughly playtested over the last few months. I am currently working on world descriptions and proofreading the draft, while Stefan Struck and Filipe Stonoga are working on additional Art.

An early access version will soon be available on https://soliver.itch.io/. We will show more preview content over the coming weeks here and on twitter, at https://twitter.com/Oli_writes

Yeah! We’ve come a long way from the dark and gritty worlds of aFoD and M2M to the cartoon style of Kammerjäger. Great fun! 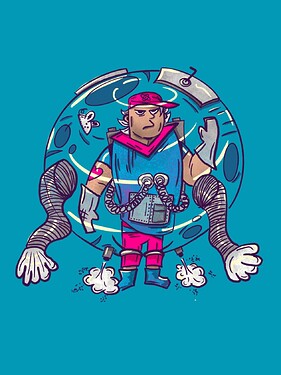 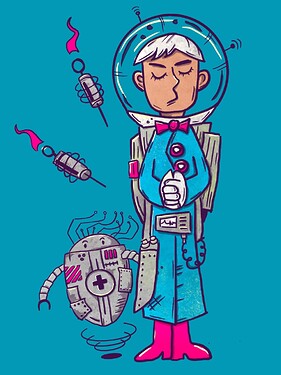 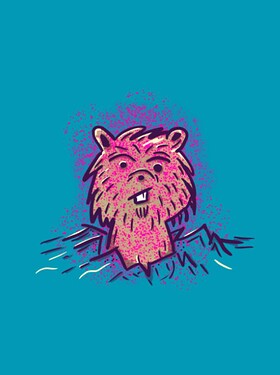 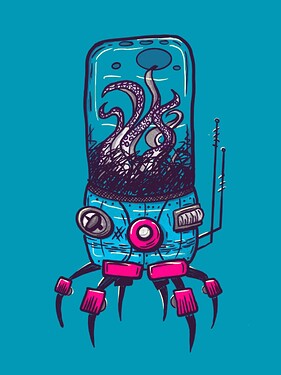 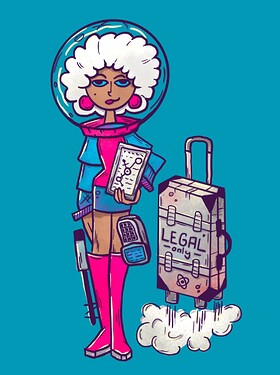 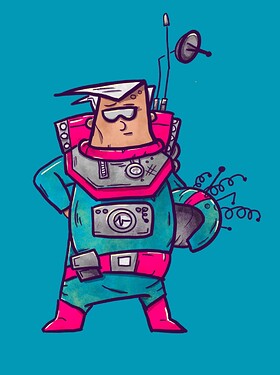 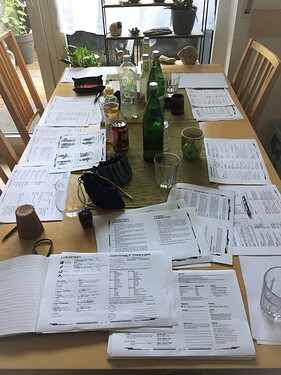 Had an extremely pleasant playtest over the weekend. First time being back at a physical table after playing for online only for two years at this point. Was a blast. The players went up against Dataworms, cyborg leeches that plagued the local elite on Cosmopoli-Tan Spa B and feasted on their private data. Really fun and the game flows very well already, so Q4 early access is looking very realisitic.

In addition, Stefan and I will release some preview pages from the book later during the week to give you an idea what its going to look like.

… you forgot to mention the catapult we used to exterminate the pest. The customer was kind of pleased with the results

A new Kammerjäger has joined the crew: 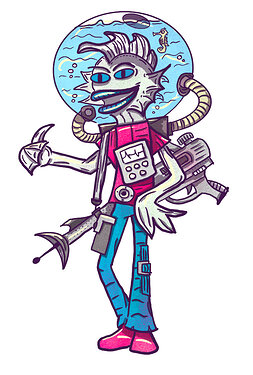 A first preview for my new roleplaying game “Intergalactic Kammerjäger” featuring pages from the final book and some of the WIP sheets is now available. You can grab it over here: Preview One

More previews will be published during the coming weeks, leading up the the early access launch in Q4 2021.

Very excited to announce that Intergalactic Kammerjäger is officially released!

You can check it out here: Intergalactic Kammerjäger

Or watch the trailer we put together for it here

Intergalactic Kammerjäger is a lighthearted game about space exterminators, misunderstood monsters and corporate bullshit. Mechanically it is based on a heavily modified and lightweight Forged in the Dark engine. It is also filled to the brim with wonderful artworks done by my friend Stefan Struck (a Fistful of Darkness).

I hope you enjoy the game!