As the resident BitD GM, some friends have requested me to prepare a Band of Blades short campaign for them. While the manual is in the post, I wanted to prepare some extra physical goodies, to enhance immersion and really make them feel like the figureheads of the Legion. I wanted to print a large-ish format map and prepare banner miniatures for the major players in the conflict (something like this 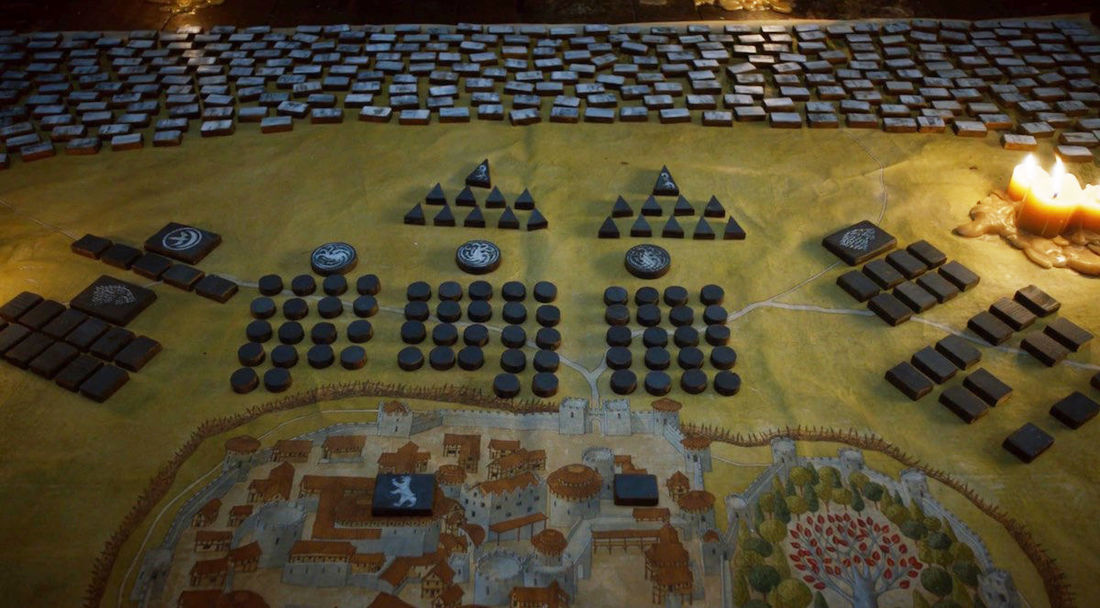 Thank you beforehand! I’m really pumped to play this game.

Looking forward to see your ideas.

There is a small downloadable map in the Playbook Downloads:
https://offguardgames.com/band-of-blades/

The PDF-material you get when you buy the book has a larger resolution image. (Mine did)

Looking at the Game of Thrones setup you have a picture of gets me thinking.

If I were doing what you propose I would use a custom map of every location - more detailed than the campaign map. ‘Zoomed in’ so to say. But those maps don’t exist. There are locations mentioned in the book but they are not on the campaign map. 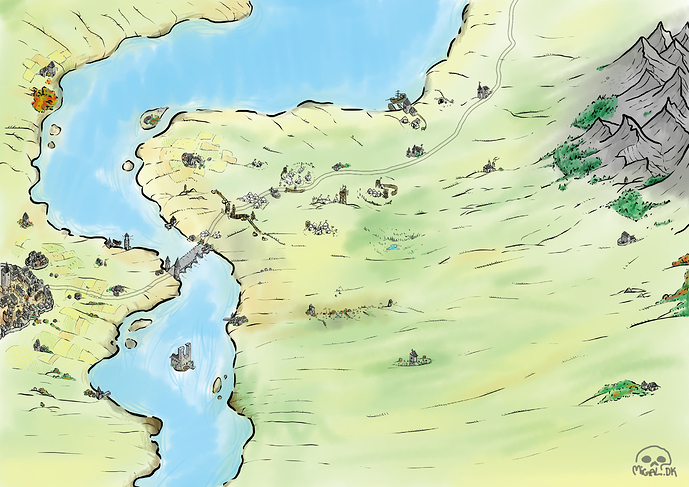 Here is some fanart of the western front I made today.

Nice. Is that wonderdraft or ?

No, it is just a drawing program Clip Studio Paint.
But I really like to draw and had some spare time.

I think I’ll put some banners on it, so that people can give the locations some names… And write a disclaimer, that it’s fanart with a link or something to the BoB hp.

And mayby a version with a ferry instead of a bridge.

After reading the book, I was overestimating the amount of miniatures required. Here’s a simulated example of the final stuff. The map is printed to a large A2 textured papers, and the minis are from a mix of suppliers and some personal customization before painting.

The Legion is with their Chosen at Fort Calisco. Gallows pass is under total control of the undead, and there are undead forces laying siege to both Eastlake and Westlake, as well as controlling the roads into Duresk Forest. Breaker is handling the main body of the undead forces traveling east, while Blighter has been reported to be seen around Fort Calisco itself. To the southeast, Panyari forces are clashing with the Cinder King himself.

All in all, it doesn’t add much, but looks quite cool on the table and enhances the perceived threat of the undead, I belive. Tonight is our first session, I’m a bit nervous but so excited for it too! 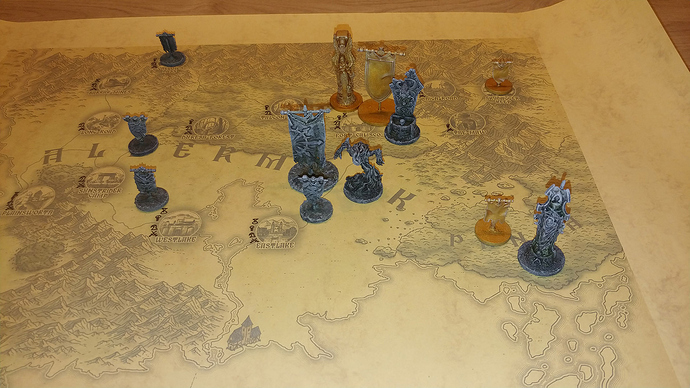