I just released The Spies That Death Forgot, a miniaturised take on Forged in the Dark designed for emulating propulsive, retro spy-action storytelling in the vein of the James Bond or Mission: Impossible films. You can find it on my itch page here: https://thysane.itch.io/the-spies-that-death-forgot 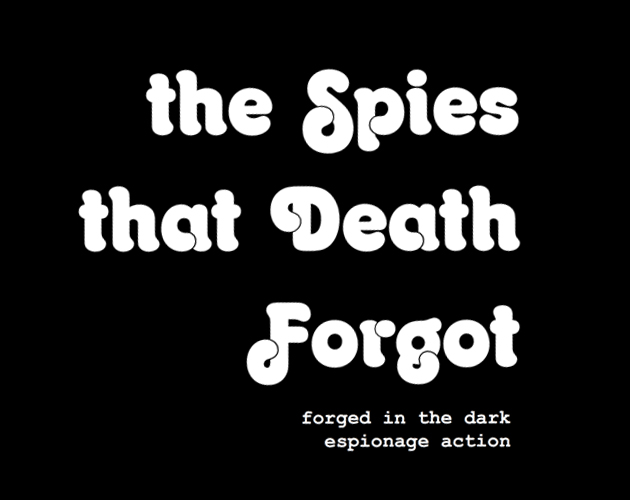 My other FitD venture, A NOCTURNE, is a looming behemoth of a full-sized game (or nearly is - more on that in the coming months!) so I wanted to make something a lot more bite-sized, something you could use for just one session as well as a full campaign. It compresses a lot of FitD down: there’s just one playbook (although there are multiple spy archetypes on that playbook to drift between), play is either on-screen or off-screen, and the GM has one main clock on their side of the table dictating the general pace of things.

Anyway, let me know what y’all think, and if you do play it, be sure to drop in here what kind of villain and plot you end up with!