My group is forging ahead with Band of Blades on roll20. This is the War Table I built for the group; I don’t have a lot of experience in Roll20, but I’m pleased with this first attempt. What does your setup look like? 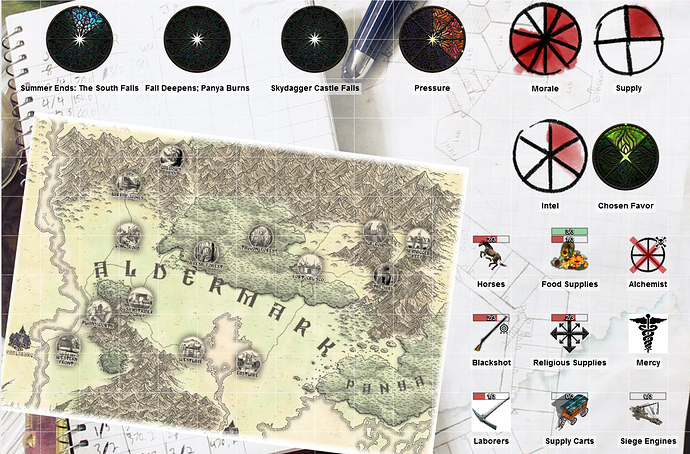 The QM tokens on the right are rad

I wish I had thought of that for our AP game ^_~ Great work!

That’s great! I’m trying to get a roll20 set up for the game as well, and might have to copy some of this

What are you using for character sheets for Legion level characters and/or Chosen? There don’t seem to be versions for those characters in the roll20 stuff currently.

I’m using edited versions of the Band of Blades Beta sheets currently available on roll20. I went through and fixed all the equipment, traits, etc, it’s not perfect, but it gets the job done. It looks like the folks who own the BoB roll20 sheets are in the process of updating them right now, most of the text is correct now but some of the buttons don’t work, etc.

Jacob and Tim Denee (who made the blades sheets) teamed up again. There should be a super-schmexy new set of official r20 sheets appearing around the launch date. When you see that flapping banner on rolls and such it’ll be wicked!

For those of you that can’t wait - we just made blank character sheets and put stuff in the bio field. For something like a commander you just have to track 1 or 2 things (same for chosen) so just using text wasn’t too hard.

I’m looking at it on Roll20 and it is GORGEOUS. So pretty I’m not even sad that I’ve spent all this time on my own set up.

Yep, so the sheets are pretty much done and will go live next week barring any trouble on the Roll20 side. Existing games using the old sheets will not update automatically, since characters created with the old sheets won’t transfer properly.

I’m really excited to use the new sheets. I’ve had an opportunity to play with them in your Band of Blades-dev game and they’re really really good! When do you plan on uploading them?

Not to steal the thunder from Jakob, but I believe they’re already uploaded, R20 does merges once a week though. ^_~

Yup. Roll20 made a mistake in actually switching out the sheet for the new one, so it’s still not live, but it’s pretty much out of my hands. I have alerted them to the problem, but chances are that it will go live next week only. You could grab the code from Roll20’s GitHub (“Band of Blades Official”) in the meantime if you’re a Pro subscriber.

I don’t play BoB specifically, but I do put a lot of effort into our gameboards

Pictures first, but read my suggestions at the end if you want to save time

Our first Blades board, at the end of the season: 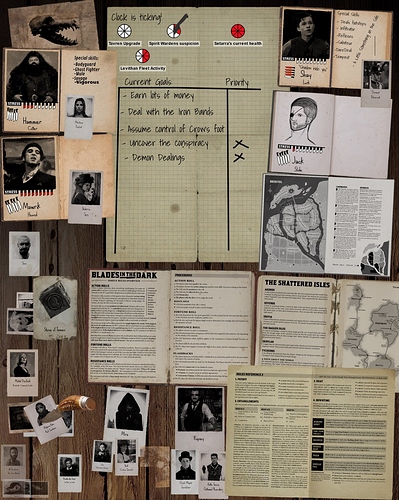 A oneshot I did with some amnesiac Spirit Wardens trying to get out of captivity in a mine: 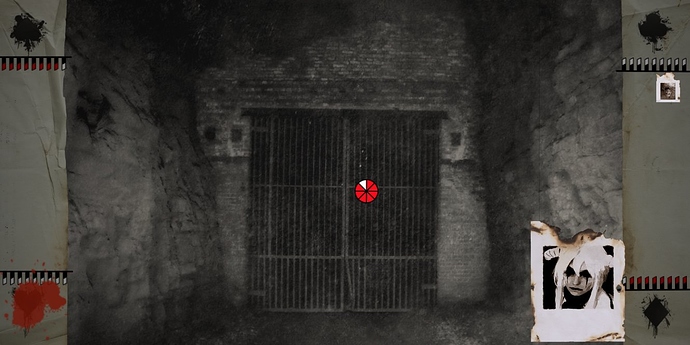 The second season, also by the end: 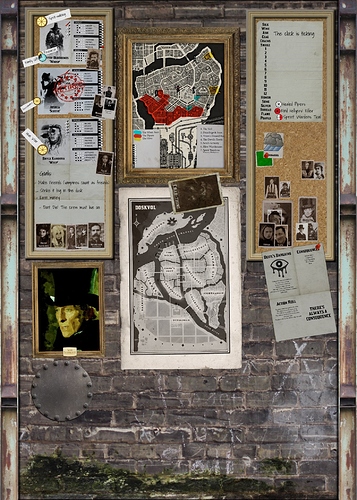 And our current Glow in the Dark gameboard: 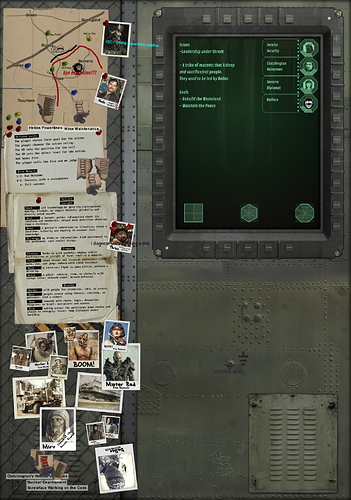 I try to come up with a theme that fits the crew and the game so obviously the Glow board is a lot different from the Blades ones.

I use @deceptive.duality’s Blades companion script a lot, and I even climbed down into the code-mines myself to add a Harm tally function. The Stress counters, Attribute markers on Season 2’s sheet, Harm tallies, and some of the clocks are all linked to the sheets by the script and update on their own. Which is hella-nice.

Another script I would REALLY RECOMMEND is the ChangeTokenImage script. (available in roll20’s script library, and here’s the documentation: https://wiki.roll20.net/Script:Change_Token_Image )
I set up two buttons to increment and zero rollable tables. SUPER HANDY for handling score clocks, instead of having to right-click, select Choose Side, fiddle with the slider etc etc I just left-click the clock and press Increment as much as I need.

Thanks! That’s really helpful. I’ll try that out.

Love the guide! This will be really helpful.

Anyone got any pointers RE how to get these delicious clocks? I know Stras said in the AP that he’s putting out a Compendium at some point and I’m more than happy to pay, but can’t find the appropriate tools.

I have the clocks figured out…but how DO you make those great QM tokens/graphs on the right?

They’re all just built as standard tokens in Roll20. I spent a few hours looking through clipart and free images to find the token images and then edited the token attributes so that they’d work like the materiels on the QM sheet.

I put my clocks and districts in a rollable table. That way you can essentially flip through what is there by right clicking on them and selecting what you need for that moment. You can also roll that table to randomize the result. 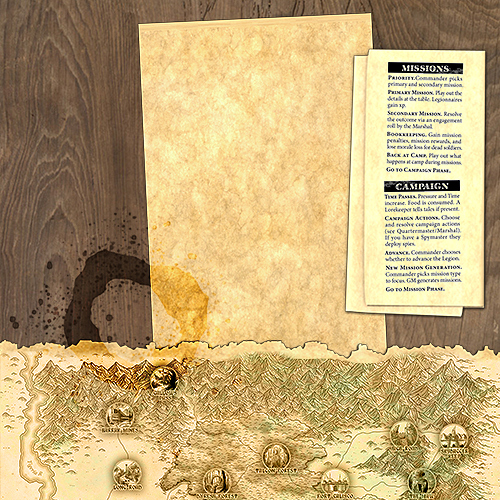 This is a playmat I’ve been working on. Probably get it’s first test run tomorrow (the gods willing). Will be able to work out the kinks after I see it in play.